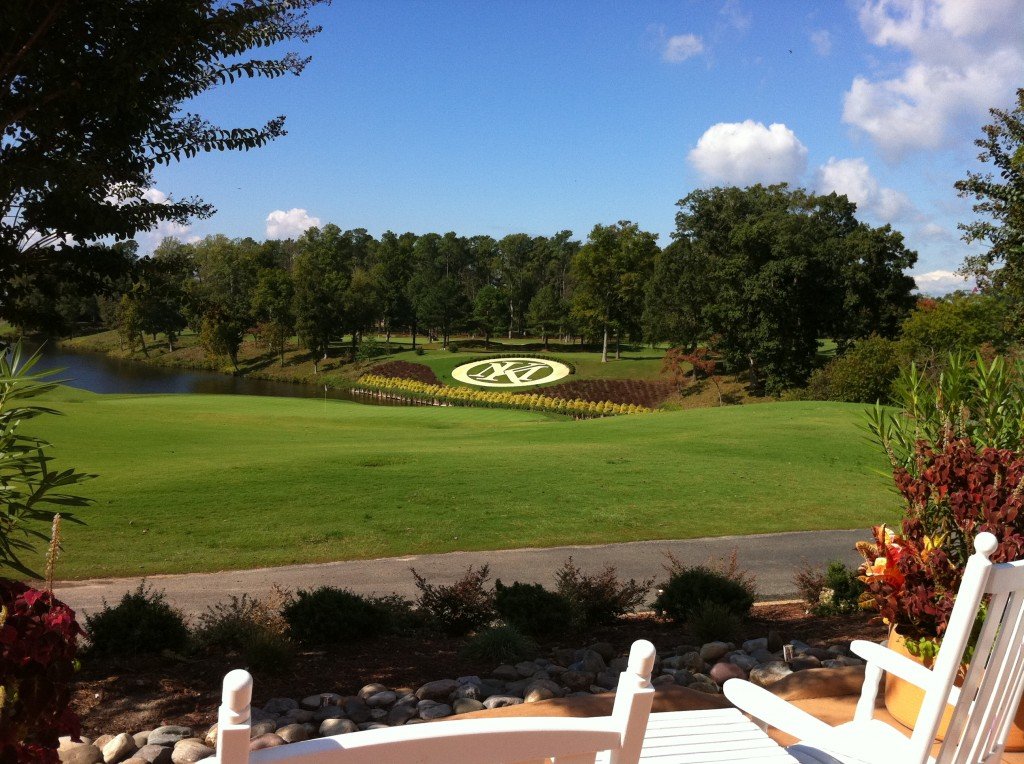 Most people know that Williamsburg rest on the banks for the James River. Its location is key because its up river from the larger James and mouth of the Atlantic. Boating can be pretty low key on calm days and you do get some shelter being tucked up river. You can always go to the Chickahominy River via the Route 5 bridge and enjoy the Brackish water. Its a good spot when the white caps are out and you need a little boating or fishing time.  I took this picture from the Kingsmill Marina located a short walk from the resort area. Very nice and active marina in the summer months. You can store your boat in a slip or dry storage on land within the neighborhood.

imes. You can see in the “Ghost or Moth Ball fleet” in the background. The old military ships are slowly being taken away from the James. Some of the ships were believed to have been leaking fluids, oils, etc..   Things have changed over the years since I was younger, we used to be able to drive our boat around the ships. I have heard stories of locals jumping off them back in the day. Now the area is always patrolled for safety. See the picture below for a good look at the ships of old.

Kingsmill Marina also features a great spot to eat, drink, and enjoy the sunsets. The Kingsmill Bar & Grill is only open in the warm months and remember to ask for your “Busch only beverages.”  Sandy beaches for the kids to run around and enjoy the river wildlife. Kingsmill is a rare pleasure in Williamsburg, there isn’t much in the way of usuable waterfront.  Another bonus for the neighborhood.

Kingsmill will rejuvenate and expand its iconic resort under an ambitious masterplan designed to draw more people here and keep them longer. Pockets of unused terrain will be filled in while still preserving the vast greenspace that defines Kingsmill. Drawings reminiscent of those 42 years ago were unveiled Friday, but the new version expands the resort with bold plans to exploit the river setting like never before:

Gary Raymond, vice president with Winding Road Development Co. of Scottsdale, gave no cost estimate but the masterplan could easily run into the tens of millions over the years. By next May, the first projects will encompass a new restaurant in kingsmill at the marina, a swimming pool complex, and redesign of the fitness center. An extended walkway along the river will connect the new hotel and conference center to the new marina and restaurant. “In over 2,000 acres of land, there is no way to actually get to the river other than at the marina.”

Local officials praised the concept and Xanterra for envisioning it. Sen. Tommy Norment asked if the design company had taken into consideration the absorption rate of new hotel rooms at kingsmill and whether any marketing revenue was built in.

Robin Carson, general manager of the resort, said there was no defined plan but added, “We’re trying to create critical mass that gets people to extend their stay by an extra day. This gives us something to market and to message, so that everyone benefits.” The timeline for many projects remains fluid. Management is applying for various county permits to amend the planned unit development document.

Marina – First up, the outdoor restaurant will be razed to develop a larger, year-round restaurant extending to a second story, with 85 seats under roof. The kingsmill restaurant today is limited by weather and season. The deck will be expanded for more tables as well. The site will still be accessible by car, but by the river walkway as well. Roads leading to the boat ramp will be narrowed, and the beach will be expanded for volleyball and other activities. The marina may get an additional dock to handle more transient and resident boats, if dredging allows. Raymond characterized that as a “future project.”

Swimming – Next to break ground, three new kingsmill pools will displace the exisiting pool. They will have a lazy river ride and a sandy beach with palm trees, as well as a snack bar. To make way, the Bray Links 9-hole Course will disappear in favor of mini-golf elsewhere. “Our new pool facilities will have the bells and whistles that keep kids happily enterained, while the new hotel and conference facilities will make doing business at Kingsmill more seamless than ever before,” said Gordon Taylor, vice president of Xanterra Parks & Resorts.

Hotel – 210 rooms will eventually be built in four stories in a rectangular building along the 18th kingsmill fairway and pond, where visitors can see the final shots of approaching golfers. The allusion was to a future pro tour event, replacing the LPGA and PGA tours. A new restaurant and lounge are planned, as well as a new golf pro shop. The hotel will link to the existing conference center by covered walkway.

New Conference Center – Com­prising 15,000 square feet, it will rise three stories in a similar rectangle. It will double existing space and open Kingsmill up to significant new business. Carson, said, “We’re woefully short of meetings space, especially for trade shows.” A pier will be built below the new Conference Center for bigger ships, handling dinner cruises and the like.

Existing Conference Center – It will be redesigned with a more friendly lobby. Moody’s lounge upstairs will be opened up for more natural light and to take advantage of “some of the best views of the whole resort,” Raymond said. A large lawn behind the main building will be designed for tented wedding receptions and outdoor events.

Frontage – To raise the profile of the resort, up to 60,000 square feet of new shops and restaurants are envisioned along the main entrance on Route 60, “to bring the resort to the road,” Raymond said. Half of the available 18 acres will be reserved for maintenance and employee parking, where they will be shuttled. This is the site of the original boat tarmac, next to the brewery.

Homesites – Raymond alluded to reports in the Gazette that the Woods Course at kingsmill might be scrapped for houses. “Not quite,” he quipped. Instead, four golf holes will be repositioned to open up 95 lots. “If you really want to protect the Woods Course, then building homes along it will prevent it from going away.” 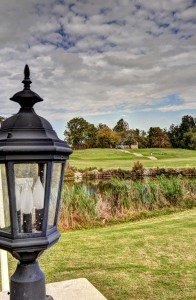 River Course ––18 condos are planned on land that separates the first and second holes from the eighth and ninth. In addition, homes are planned along the fifth and sixth holes near Harrop’s Glen, and the nearby boat/RV tarmac will be transormed into a cul de sac of houses. More dramatic are nearly three dozen homesites bordering the 16th and 17th holes of the River Course, as well as a hole on the Plantation Course.

Cottages – There was room for 85 at 2,400 square feet each, but Philip Anschutz, whose development company owns Xanterra, walked the property and insisted on preserving the trees at kingsmill, so the number was reduced to 33. Five smaller cottages in the spirit of the cabins at Augusta National are planned on the site of the golf putting green, which will be moved.

Tennis – The 15 courts have “very little utilization,” which will change by developing destination packages that include lessons and the other Kingsmill amenities.

Golf Club – It will remain largely the same for now except that the restaurant will be reconfigured for more casual dining. The Sports Center at kingsmill in the existing Conference Center will be upgraded.

From the July 23, 2011 Virginia Gazette article written by Bill O’Donovan

Bold plans for Kingsmill attest that the local economy is rebounding, albeit slowly. Ford’s Colony has brought the golf club out of bankruptcy. At least three new restaurants are coming to Tribe Square. Tourism is picking up in the all-important July after a weak June. The other day, I could barely find a parking space for lunch at High Street. The Kingsmill venture will produce scores of construction jobs and hundreds of permanent jobs.

Xanterra said a year ago when it bought Kingsmill Resort that it would become a showcase for more acquisitions along the East Coast. And how, with the backing of the 34th richest man in America, Philip Anschutz. His design consultant has leveraged several under-utilized and marginal parcels as the ultimate “in-fill” that planners like to tout.

The resort has some outdated and inefficient concepts, beginning with the detached campus design of remote condos. A new hotel, linked by walkway to the main build 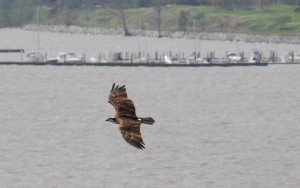 Employees were the first to be briefed, and they were reportedly thrilled. When details were described of enlarging and enclosing the marina restaurant, that meant the tiny kitchen would be vastly enlarged. “The happiest person in the room was the cook,” reported the design consultant, Gary Raymond.

The other happy persons will be the hundreds of employees assured of future work after three years of a grueling recession. Kingsmill has suffered the loss of conference business as much or worse than Colonial Williams­­burg, so the investment of another 15,000 square feet is a positive sign.

The 210-room hotel could scoop Blackstone on its own hotel planned behind Busch Gardens. The big pier nearby will encourage cruise boats to come in, as at Yorktown. That’s all good for tourism. Kingsmill residents may have qualms about new homesites so close to them, but at least the Woods parcel is remote. Others may object to more traffic, but the idea is to put the resort on the map. I’m fine with bumper-to-bumper BMWs on the main drag, Kingsmill Road.* Golfers are complaining that improvements to the antiquated Plantation Course were not included in the masterplan. Others who will gripe are the resort condo owners, who were said to have turned down a lucrative offer from Xanterra. Now they’ll be subordinated by the new hotel. And the Williamsburg Marriott will suffer as well. One of the undeveloped pockets is the entire frontage around the main gate on Route 60, which forms an attractive wooded setting. The plan is to invade the woods for restaurants, stores and other services that would brand the entrance anew. This is politically dicey given the beauty of the treeline front­age. The frontage and the expansion of 210 hotel rooms suggest aggravating the room capacity overage. Robin Carson, general manager of the resort, insists that the expansion will create a critical mass of amenities to inspire families to stay an extra day. The conference expansion can lead to trade shows, practically unknown here. More visitors of any stripe can only help our tourist economy. In 1971 Busch execs were presenting a round of schematics to the community at the old courthouse. Grove residents objected to an industrial park across the street from them, where the Woods driving range is today. A vice president simply stood up and redrew it a mile up the road to what eventually became Busch Corporate Center. It was a rare public view of raw executive power, to the good. The industrial park wound up on Penniman Road. I recall this because Raymond casually mentioned that Philip Anschutz himself directed the designers to count the trees on a site he had walked off for 85 planned cottages. “After you’ve documented that, just tell me how many units we can put in there,” Raymond quoted him. The number was 33. That kind of responsiveness from the top to the environment bodes well. It will be left to other execs to design a comparable preservation out front. One local official told me with muted delight, “Who would have ever thought that the demise of Anheuser-Busch would lead to such a wonderful outcome here?” Call John Martin direct for information about any of the homes in Kingsmill.