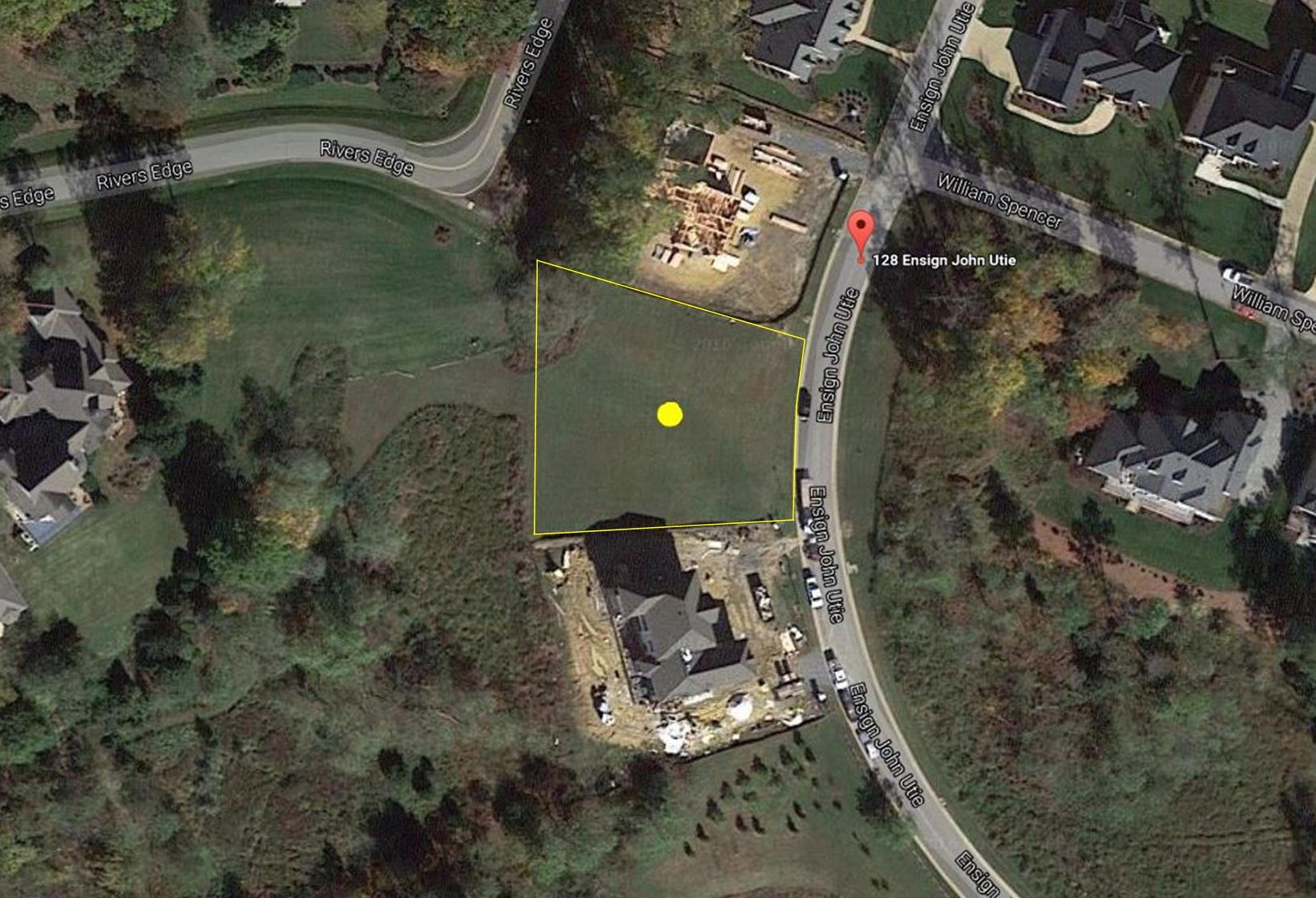 Great and rare building lot in Spencer’s Grant cleared and ready for your custom home. Lot is suitable for a lower level walk-out basement and second floors will have river views depending on plan and elevation. See agent for plat and details.

With roots that extend back to the settlement of Jamestown in 1607, the land that is now Kingsmill has been an integral part of our country’s distinguished history and has evolved into a community that embraces both its past and its future-committed to providing a premiere location in which to enjoy the historic and natural beauty of the area.

The Kingsmill Community Services Association (KCSA) is the body that governs the residential portion of Kingsmill. A thriving and extensive volunteer network of this association allows homeowners with diverse backgrounds and viewpoints to take an active part in the activities and operation of the community. Augmenting KCSA’s extensive management activities and responsibilities is Kingsmill’s own qualified police force on duty 24 hours a day, offering security at the community’s two entry gates as well as beneficial community services to the 5,700 residents.

Kingsmill is a part of Virginia’s “Historic Triangle.” With its proximity to an unmatched combination of protected green spaces, resort and spa facilities, modern theme parks, outstanding golf, shopping, entertainment, and renowned historical sites, which also include Jamestown and Yorktown, it’s no wonder that so many people make Kingsmill their home.

Kinsgmill Resort is a vacation, conference and golf resort in James City County, Virginia. It is located on a portion of the Kingsmill Plantation. The original plantation structures and their successors have long been in ruins. Founded beginning in the 1970s by Anheuser-Busch as part of related developments near Colonial Williamsburg, in 2010, Kingsmill Resort, which sits within a large residential planned community of the same name, was slated to become a key piece of the entertainment and hospitality system operated by Xanterra Parks and Resorts, one of many enterprises owned by Denver-based billionaire Philip Anschutz. Anschutz bought Xanterra in 2008 after it was a Fred Harvey hospitality company dating to 1876.

With facilities overlooking the James River a few miles east of Jamestown, the Kingsmill Resort has 425 rooms, five restaurants, 17,000 square feet (1,600 m2) of conference space, a spa and fitness center, marina, and 15-court tennis center. Three championship golf courses surround the resort and are nestled within a large planned community (management of which is not part of the Kingsmill Resort). The resort has hosted a total of 29 professional golf tournaments from 1981 until 2009, among them LPGA and PGA Tour events.The resort has also been a perennial favorite for political conferences, such as national governors conferences and congressional caucuses.

Beginning in the early 1970s, largely on a 2,900-acre (12 km2) tract of property which was formerly part of the Kingsmill Plantation, the Kingsmill Resort was developed by Anheuser-Busch (A-B) as a portion of the brewing company’s development of diversified activities in the Williamsburg area, which grew to include not only the brewery, but the Busch Gardens Williamsburg theme park, and large upscale developments of residential and office park properties such as that at McLaws Circle.

The St. Louis-based brewer invested in the area following negotiations held between August Busch, II and Winthrop Rockefeller, a son of Colonial Williamsburg’s initial chief mentor, John D. Rockefeller, Jr.. Winthrop Rockefeller had been serving as both governor of Arkansas and chairman of Colonial Williamsburg in the 1960s and 1970s. (Water Country USA, a local water park, was acquired by A-B in the 1990s, and added to the company’s theme park activities, which include a number of SeaWorldproperties in other states as well).

Both Winthrop Rockefeller, who died in 1973, and August Busch II, who died in 1989 have been credited by some historians with helping develop the Greater Williamsburg area into one of the top tourism destinations in the world. They apparently felt that augmenting the attractions of theHistoric Triangle of Colonial Virginia (Jamestown, Colonial Williamsburg, and Yorktown) with other attractions which would help draw future families to the region, as well as help balance out the local economy. Since their respective deaths, other family members of both the Rockefeller and Busch families have carried on much of those priorities. Related entities from the Rockefeller-Busch development plan became the source of the area’s largest employment base, surpassing both Colonial Williamsburg and the local military bases.