Midlothian is an unincorporated community in Chesterfield County, Virginia, and in Powhatan County, Virginia. Founded over 300 years ago as a coal mining village, it is now a suburban community located West of Richmond, Virginia and South of the James River in the Richmond–Petersburg region.

It was named for the early 18th-century coal mining enterprises of the Wooldridge brothers, who came from mining villages inEast Lothian and West Lothian near Edinburgh, Scotland. They called their new venture Mid-Lothian and produced the first commercially mined coal in the Virginia Colony and in what became the United States.

By the early 18th century, several mines were being developed by French Huguenots and others. The mine owners began to export the commodity from the region in the 1730s. Midlothian-area coal heated the U.S. White House for President Thomas Jefferson. The transportation needs of coal shipping stimulated construction of an early toll road, the Manchester Turnpike in 1807; and the Chesterfield Railroad, the state’s first in 1831; each to travel the 13 miles from the mining community to the port of Manchester, just below the fall line of the James River.

In the early 1850s, the Richmond and Danville Railroad built Coalfield Station near the mines. The small village established nearby came to be called Midlothian. From Wikipedia.

In the 1920s, Old Buckingham Road through Midlothian’s commercial area became part of the new east-west U.S. Route 60. A few decades later, residential neighborhoods were developed near Midlothian, including the large Salisbury community and theBrandermill planned development sited on Swift Creek Reservoir. In the 21st century, Midlothian extends many miles beyond the original village area.[1] State Route 288 connects the community with Interstate 64 and the State Route 76 toll road, andInterstate 95 in the Richmond metropolitan area’s southwestern quadrant. 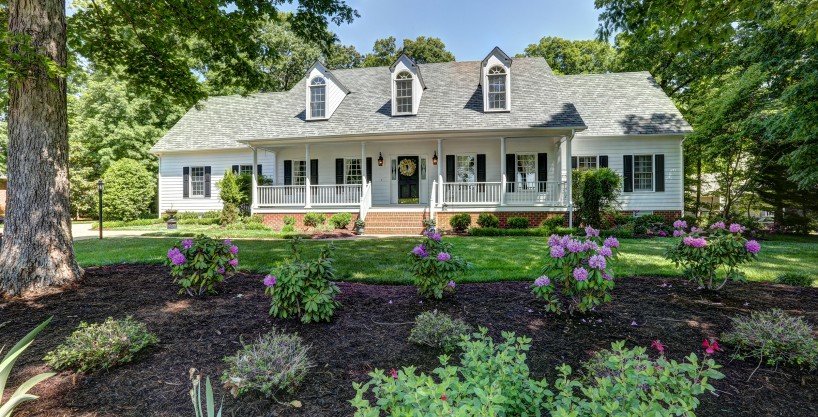