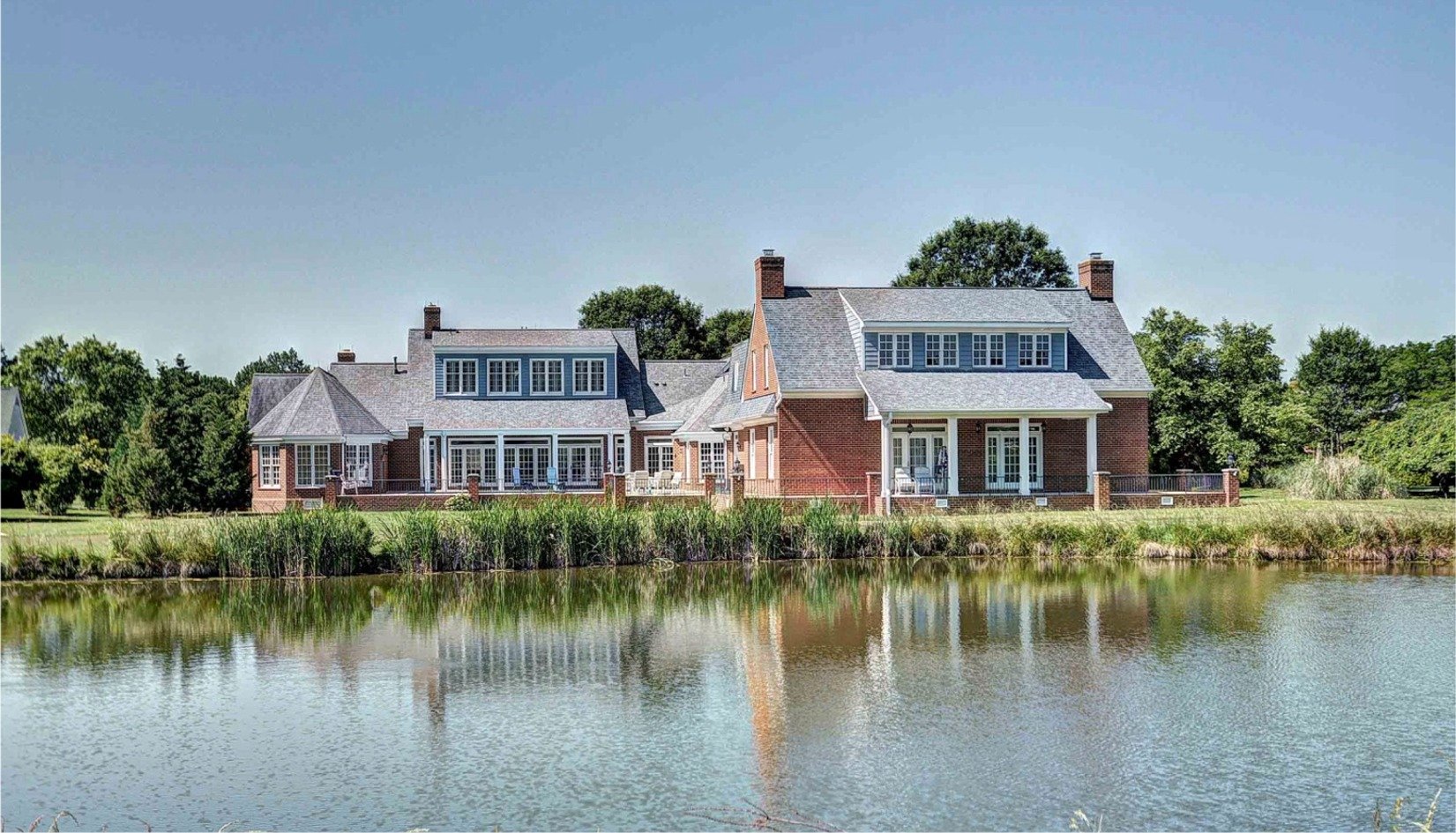 The house has 15 rooms, with eight bedrooms, six baths and 2 half baths. It has 9400 square feet, with five thousand plus square feet on the main floor. The house features a great room with an open plan and high ceiling. Galleries ring the great room. The kitchen is recently remodeled with all new appliances, and is decorated in a traditional motif that coordinates with the main common areas. The eating area is a tavern room with beamed vaulted ceiling. 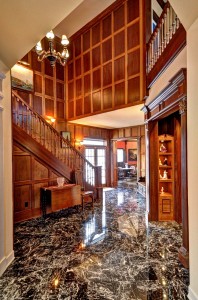 There are five conventional fireplaces with masonry chimneys. Two feature gas logs and the study fireplace has an elegant English coal fire box. The floors are hardwood, with marble in one hall, and porcelain in the kitchen. The ceilings are a minimum of 10 feet on the first floor, and 9 feet upstairs. The great room ceiling is 14 feet. Wide crown moldings are throughout the first floor. The 48 inch main staircase is an Edwardian period design with all-mahogany stairs, spindles and bannister.

The paneling in the study is stained mahogany, with natural mahogany in the hall and stairwell. Part of the wall décor in the study was modeled after common rooms in the Cadogan Hotel, Knightsbridge, London. The framed paneling is an original design. The fireplace is a custom design, integrating antique beech columns taken from a Victorian mansion.

The eight foot tall, five quarter inch thick mahogany doors are custom made to an original panel pattern. The shelving around the doors is unique, using an original design. The first floor features two master suites, one in the east wing and one in the north wing. The east wing suite has large windows facing the golf course, and a door to the pool deck. It has two walk-in closets, a large bathroom with a claw foot tub and a separate shower, and an individual sitting room with a fireplace. The separate master quarters are suited for a live-in relative. 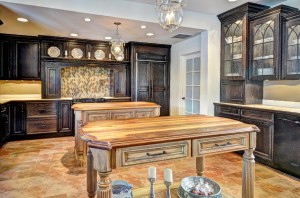 The master suite in the north wing is adjacent the study and sitting room, and has an attached hidden bath with an all tile wet room featuring a whirlpool tub, and two showers. Inspired by an English country manor house the windows have permanent shutters that fold into the walls. The bedroom has four closets. In addition to the two separate master suites on the main floor, the house features three additional separate sleeping areas, each with two bedrooms and baths. The sleeping quarters can accommodate five couples/families. 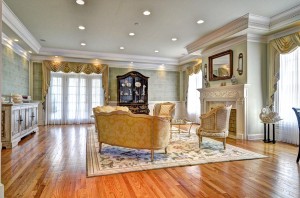 In total there are eighteen closets; 6 are walk-in. In addition there is a 500 square feet California closet and dressing room with more than sixty drawers/shelves, nine wardrobes, and twenty linear feet of dress racks. The house has lightning protection and a 15 kw generator. There are six independent HVAC units for six zone HVAC control. HVAC units, fireplace gas logs, generator, and outdoor grill are served by underground natural gas. Underground cable and telephone serve the property.

BURWELLS LANDING (UNDER CONTRACT) is a high end Kingsmill sub-division that was opened in 1993 and is essentially completed. There are 36 properties. The subdivision is named for Lewis Burwell, who built a large plantation on the James River in the early 18th century. The main Burwell house was destroyed by fire. The two brick outbuildings still stand and are visible from lots 34, 35 and 36. One of these buildings was a slave quarter, and is probably the only brick slave quarter in America that remains from the slave period.