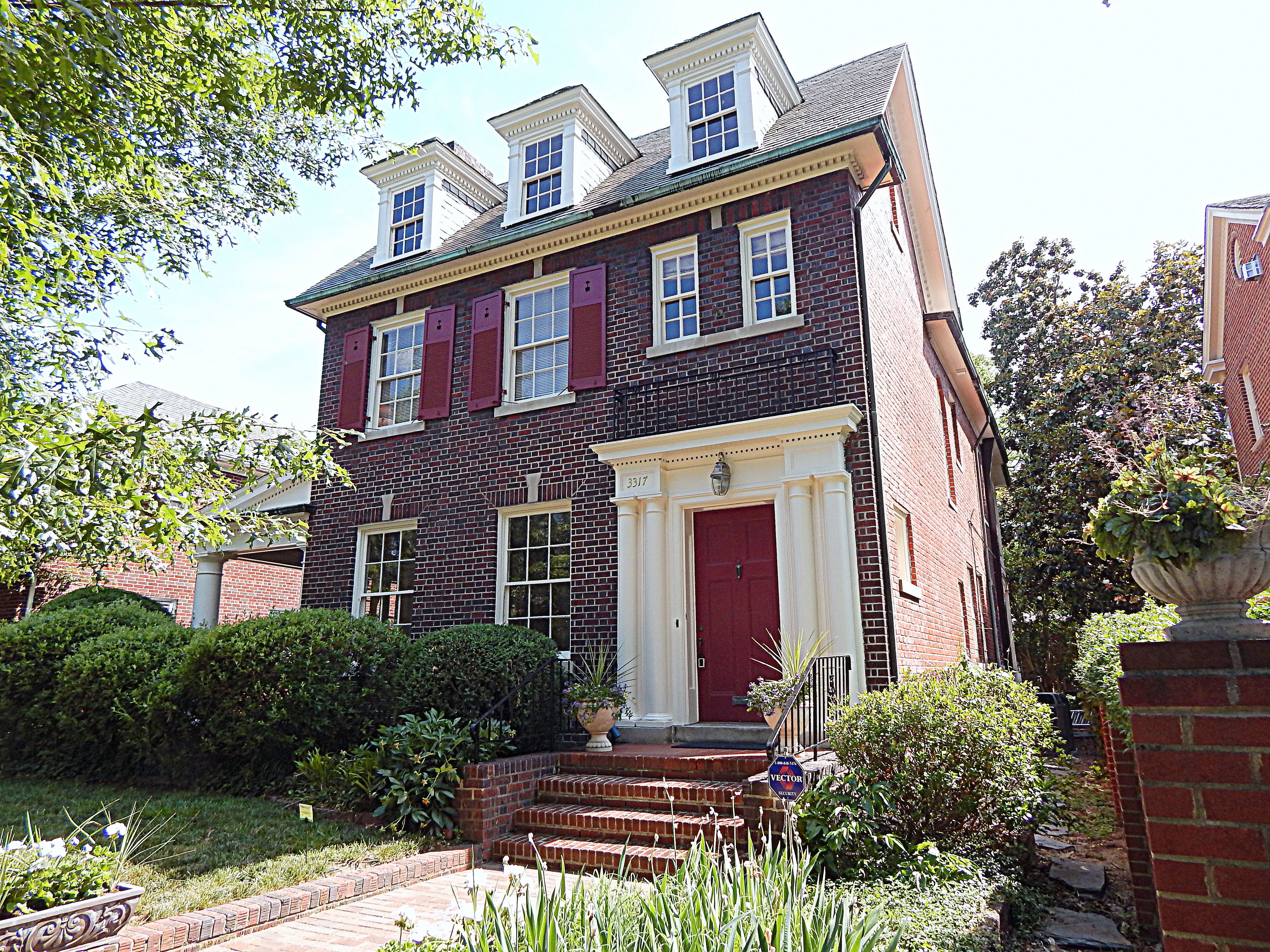 Monument Avenue, in Richmond, Virginia, is a premier example of the Grand American Avenue city planning style. The first monument, a statue of Robert E. Lee, was erected in 1890. Between 1900 and 1925, Monument Avenue exploded with architecturally significant houses, churches and apartment buildings. A tree-lined grassy mall divides the east and west-bound sides of the street and is punctuated by statues memorializing Virginian Confederate participants of the Civil War Robert E. Lee, J.E.B. Stuart, Jefferson Davis, Thomas “Stonewall” Jackson, and Matthew Fontaine Maury, as well as Arthur Ashe, a Richmond native and international tennis star.

“Monument Avenue Historic District” includes the part of Monument Avenue from Birch Street in the east to Roseneath Avenue in the west, and is listed on theNational Register of Historic Places as a National Historic Landmark District. In 2007, the American Planning Association named Monument Avenue one of the 10 Great Streets in the country. The APA said Monument Avenue was selected for its historic architecture, urban form, quality residential and religious architecture, diversity of land uses, public art and integration of multiple modes of transportation.  From Wikipedia.

Monument Avenue was conceived during a site search for a memorial statue of General Robert E. Lee after Lee’s death in 1870. City plans as early as 1887 show the proposed site, a circle of land, just past the end of West Franklin Street a premier downtown residential avenue. The land was owned by a wealthy Richmonder, Otway C. Allen. The plan for the statue included building a grand avenue extending west lined with trees along a central grassy median. The plan shows building plots which Allen intended to sell to developers and those wishing to build houses on the new grand avenue.

It would take about ten years for wealthy Richmonders and speculative developers to start buying the lots and building houses along the avenue, but in the years between 1900 and 1925 Monument Avenue exploded with architecturally significant houses, churches and apartment buildings. The architects who built on Monument Avenue practiced in the region and nationally and included the firms of John Russell Pope, William Bottomley, Duncan Lee, Marcellus Wright, Claude Howell, Henry Baskervill, D. Wiley Anderson and Albert Huntt. Speculative builders such as W. J. Payne, Harvey C. Brown, and the Davis Brothers bought lots and built many houses to sell to those not designing with an architect.

The street was originally, and continues to be, a favored living area for Richmond’s upper class. It (especially the Fan District section) is lined with enormous mansions from the end of the gilded age. The Museum District part of Monument Avenue includes a combination of such houses (especially in the 3100 block), apartment buildings, and smaller single-family houses. West of I-195, Monument Avenue becomes an upper middle class suburban road of no particular note.

Through the decades the avenue has had its ups and downs. As early as 1910, but mostly during the 1950s and ’60s, many of the large houses were subdivided into apartments, or interior rooms and carriage houses were let to boarders. A few houses were demolished to make way for parking lots or building expansions and several modern additions were tucked in between earlier existing buildings. But protections put in place by the city by designating Monument Avenue as an Old and Historic Neighborhood have helped maintain the integrity of the neighborhood. In 1969 a group was incorporated called The Residents and Associates for the Preservation of Monument Avenue, led by Zayde Rennolds Dotts (Mrs. Walter Dotts, Jr.), granddaughter of Beulah and John Kerr Branch, who had commissioned a house on Monument Avenue in 1914 by the firm of John Russell Pope. In 1970 the group changed its name to the Monument Avenue Preservation Society (MAPS).  All information pulled from Wikipedia and for informational purposes only.