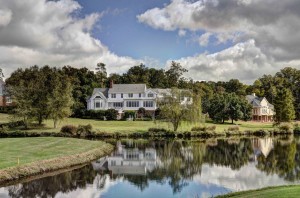 How do sellers decide what to charge for the shack on the hill versus the identical house it looks down on? View properties are worth more, sure, but there’s no hard-and-fast rule for calculating how much more. Guess too high and a beautiful home can sit and sit and sit, ignored by buyers in even the hottest market. Too low and you’ve just handed the next owner thousands of dollars, perhaps much more. (Bing:When will the housing inventory increase?)

It’s the job of appraisers, market analysts and brokers to identify the market’s sweet spot — the least a seller will accept and the most a buyer will pay — for each piece of property at a given time. Long experience has taught them the features that attract the eye, but pricing them is more of an intriguing art than a science.

Is the view from the right rooms? Will it go away with the change of seasons or an ill-considered building permit? Is the focus on mountains in the distance or on city lights a block away?

The experts weigh each of these factors and more, but in the end, they’re putting a dollar value on the human need for privacy and status.

A cautionary tale
Telluride, Colo., broker Buzz Fedorka tells a story to illustrate what can go wrong on the high end of the market when every other element is in place but the view is missing.

An experienced developer bought a couple of lots in Telluride — the resort’s slogan is “the most beautiful place you’ll ever ski” — some years ago at what seemed like a bargain price. Each sold for about $300,000 at a time when comparable lots, all of them on ski trails, were going for $1 million. The bargain lots, however, had no view of the town’s big magnet, its 13,000-foot mountains, Fedorka says. 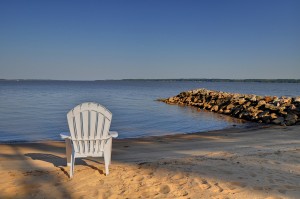 The developer built a massive log-and-stone, five-bedroom house with six baths and two powder rooms. Great stone pillars flanked the porte-cochère entrance. “He priced it at $8 million — similar to what other (comparable) houses were priced at the time, but they were on view lots,” Fedorka says.  Although this was at the height of the U.S. housing boom, the homes took 3.5 years to sell — at $3 million below the asking price.

It’s a power thing
Real-estate market analyst Ernest V. Siracusa Jr. is experienced in pricing views in Southern California. He works for subdivision builders and developers, advising them on how much their new homes can sell for — and how much more the same place with a panoramic sweep of the hills can command.

What makes people pay so dearly for a view? It’s status, for one thing, says Siracusa, and the quiet and pleasure a view affords. Californians are particularly view crazy, he says. “It goes with the lifestyle of the population that lives here.”

Also, you get privacy, an increasingly treasured commodity in a crazy, crowded world. “You don’t have anybody behind you,” he says. “Being on top of a hill separates you from people below.”

There’s the sense of freedom, of openness, of achievement, all highly valued by the human spirit. The feeling is, “‘I own this place,’ versus ‘I’m cramped in a sardine can’ where everybody’s at the same level and you’ve got fences and houses and everybody’s looking down at your yard.”

A lot of science, a little intuition

When Siracusa  launched The Siracusa Co. in Thousand Oaks, Calif., more than 35 years ago, he  set about establishing some rules of thumb for himself. He analyzed the problem systematically over several years, comparing sale prices of identical subdivision homes (or methodically valuing and accounting for any differences) to arrive at a few guidelines for valuing a view.

“I set out to define this for myself in the real world,” he says. “I tried to compare the same floor plans, lot sizes, get rid of the externals that could bias the price. I did it for a lot of tracts in a lot of different communities, looking at sale prices of new homes.” 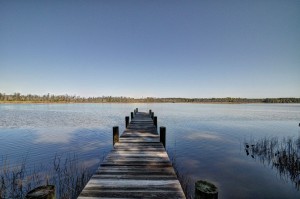 For example, he’d compare the sale price of a house on lot without a view ($314,990) with the price of an identical house near top of a hill with an unobstructed view ($344,990, a premium of 9.5%). Comparing each sale with others with similar types of views, he arrived at premium ranges for each category. The view premiums were remarkably similar in each category, he says.

“What really counts is the (ground level) view from the back, because that’s where people live.” A stunning view out the front door has little value, in Siracusa’s opinion, because no one lives in the front of the house. “You can have a house literally across the street from open space, but a view from the front doesn’t count. You give that zero view premium.” What matters, he says, is what people see from the kitchen, master bedroom, dining and family rooms, the most-used rooms in a home.

Likewise, Siracusa gives little premium for second-story views. “It would be minimal, if I gave it anything. But take that same view and put it on the ground floor, it’s worth a lot.”

In high-rise buildings, view premiums rise with the elevator. “There’s a status to being higher, and you tend to get a broader view as you go up higher,” Siracusa says.

Pricing the view
Siracusa’s research has been confirmed over time, at least in new subdivisions, he says. Here are the premiums he sees
for homes in new Southern California subdivisions (with houses on each side and views ranging from 45 to 90 degrees):

It’s a lot harder to isolate a view’s value in older, resale homes. To do that, analysts compare prices of similar homes sold in the same market and time frame, eliminating all other differences but view. That’s hard to do. Seemingly comparable houses can be quite different in subtle ways, including the quality of construction and materials, upgrades and maintenance, and those differences affect the price.

On average, Benson says, a full, unobstructed water view boosted a home’s price about 60%; the closer the water, the higher the price. Partially blocked views still fetched a 10% to 20% premium. Today, with view properties even scarcer, he says, chances are that view premiums have risen: “The 60% that we estimated in the early ’90s may be 80% or 100% today,” he says.  This blog post was written by MSN Real Estate.